Dr. Alyson Nerenberg has been educating the public about addictions and relationship issues for the past 20 years. She is deeply committed to providing practical knowledge about psychological issues in a clear and understandable style. 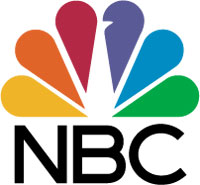 • June 2018 – Fox Good Day Philadelphia
Dr. Nerenberg was interviewed as an expert on Fort Nite Addiction. She provided information about the signs and symptoms of this video game addiction and how to treat it.

• February 2018 – Fox Good Day Philadelphia
Dr. Alyson Nerenberg  spoke as an  expert on gun violence prevention in the schools. She appeared with her 16 year old daughter, Marissa, the founder and president of the Gun Violence Prevention Club at Plymouth Whitemarsh High School. Dr. Nerenberg discussed the warning signs of a school shooter.

• August 2007 – CN8 Morning Talk Show
Interviewed as Relationship Expert discussing “How to cope if your partner is an addict”.

• May 2007 – CN8 Morning Talk Show
Interviewed on “How to know if it is a fling or the real thing”. Discussed healthy dating techniques.

• August 2000 – MSNBC News
National News Television Show
Featured as the Psychologist Expert on MSNBC News Investigates. Informed the public about the dangers of the “swinging life style”. Discussed the difficulties and dangers of having sexual relationships with multiple partners.

• May 2000 – LIFETIMETV.COM
National On-Line Magazine
Interviewed as Psychologist Expert on the topic of emotionally abusive relationships.

• January 1999 – WWDB Radio Station 860AM
Philadelphia, PA
Interviewed on the topic of Sexual Addictions. Educated public about the concept of sexual additions and recovery. Answered listeners questions and provided a conceptualization of sexual addictions.